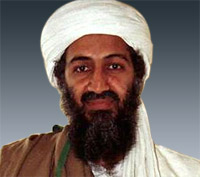 Osama bin Laden's three widows and two eldest daughters have been charged for illegally staying in Pakistan by a Pakistani court that also sentenced them to 45 days detention and fine of Rs.10,000 to each members, defending lawyer Muhammad Aamir informed to media.

Court has also directed the government to arrange their deportation as soon as possible, he added.

According to defending lawyer, the period of detention has begun from March 03, so they would live in custody for next 15 days and after that they will have to leave Pakistan.

'Till then, the family members will continue to live in their villa in Pakistan, which has been declared as a 'sub jail'.

US Army on last May, killed World's most wanted terrorist Osama bin Laden in Pakistan.