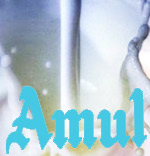 The Gujarat Co-operative Milk Marketing Federation (GCMMF) that sales milk and milk-based products under 'Amul' brand on Sunday announced that it was hiking milk prices by up to Rs.2 per ltr in Delhi and Near Capital Regions (NCR).

GCMMF, which has already raised the prices of different types of milk in Gujarat, has announced to increase it in other parts of the country including Delhi, Mumbai and other Metropolitan cities.

Since Monday, the price of Amul Gold (full cream) will cost Rs.40 per litre from earlier Rs.38 per litre and Amul Taaza (tonned) milk will cost Rs. 30 per ltr as against Rs.29 per ltr, informed Federation's Managing Director R S Sodhi.

Amul 'Slim and Trim' (double tonned) will now cost Rs.26 per ltr, which price was earlier Rs.25 per ltr.

GCMMF is the biggest supplier of milk and milk based products of India that daily supplies 20 lakh litre milk to Delhi and NCR.

Describing the reason of price hike, GCMMF said that the procurement charges, fats and costs to farmers of generating milks have increased.

According to marketing experts, the price hike in Amul brand will also affect Mother Dairy and soon the later can announce its new prices of milk.

The situation is going to an alarming stage as since 2006, the price of milk has risen 12 times from Rs.19 per ltr to Rs.40 per ltr on full cream.