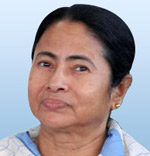 The Trinamool Congress Party is one of the key allies of United Progressive Alliance (UPA) government that is against to set up NCTC centres in states along with centre's opponents.

The opposing parties were arguing that by implementing NCTC in states, government was trying to interfere the federal structure of constitution that allows states to vigil their own security.

In this regard, the opponents of NCTC had written a letter to intervene in this matter.

Prime Minister Manmohan Singh in this response assured them stating he would ask Home Minister to convene a meeting with the Chief Ministers of all states to address the grievances.

The topics likely to be discussed in the meeting are: infiltration from across the border to Jammu and Kashmir, activities of Pakistan-based terror outfits and insurgency in the Northeast, combating economic offences, especially counterfeit currency notes etc..

A separate session on Left-wing extremism will also be held which is expected to be attended by at least eight chief ministers, barring that of West Bengal.