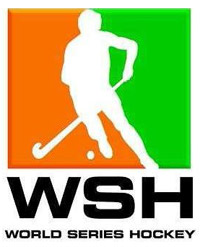 New Delhi March 9, 2012: The host of yesterday World Series Hockey match, Karnataka Lions was outmaneuvered by the stupendous performance of Mumbai Marines. Marines thrashed a 2-1 win over Lions, coming from behind.

Len Aiyappa of Karnataka Lions gave them a 1-0 lead in the 17th minute but hey couldn’t maintain it for long. And Just before the half time Devender Walmiki leveled the score with a drag flick.

Joga Singh scored the match winner goal in the 57th minute. With this win Mumbai Marines now have nine points and are at the top of the table while Karnataka Lions are at the bottom of the table with just the three points.

World Series Hockey matches are taking place all around India. This is being done to reinvigorate Hockey in India. Delhi is also hosting few matches of this series. Next match will be played on 14th and 15th in Major Dhyan Chand Stadium, Delhi.