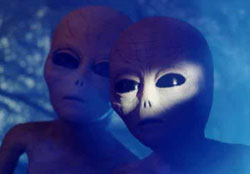 Amidst the rising speculations of extraterrestrial life, The SETI (Search for Extraterrestrial Intelligence) Institute has sought the help of public in its hunt for life beyond the Earth.

Its website welcomes everyone to register on SETI Live (setilive.org), to help analyze data from SETI's radio telescope devoted to scanning the heavens for signals from E.T.

"There are parts of the spectrum where our sophisticated signal processing system is overwhelmed because there are so many signals," astronomer Jill Tarter, director of the SETI Institute's Center for SETI Research has been quoted as saying.

"I'm hoping to put together this army of citizen scientists to help figure out which signals to follow up on," he explained.

Contrary to some other crowd-sourced science projects, such as SETI's own SETI@Home that depends on users volunteering spare computer time for data crunching, this project seeks the public to donate brainpower.

"You don't do anything in SETI@Home; your computer does," Tarter told SPACE.com, a sister site to LiveScience.

"In this case, I want you actively involved and it has to be quick. You have to recognize patterns, mark patterns, try and remember if you've seen that pattern before. And you have to get it done within 90 seconds," he added.

The public will be given access to data collected by SETI's Allen Telescope Array, a set of 42 radio dishes in northern California that spend their time listening in many frequency bands for signals from stars newly recognized as hosting planets.

The telescope is searching for radio emissions that exhibit a pattern indicating it was artificially created by intelligent beings.

Though SETI has an automated algorithm that can examine much of the data recorded, some signals posses a frequency band so crowded that it needs humans, and not computers, to examine it.

"The people that will do the best at this are going to be people whose pattern skills are such that they can ignore the bright pattern that's so easy to detect and look to see that there's something else there, something fainter, and see if they can in fact discover this needle that's buried under the hay," he stated.

The new SETI Live site came into existence after Tarter made a TED Prize Wish in 2009 to "empower Earthlings everywhere to become active participants in the ultimate search for cosmic company."

TED Prize, a non-profit dedicated to "Ideas Worth Spreading," collaborated with SETI and another citizen science initiative, the Zooniverse project at Chicago's Adler Planetarium, to launch SETI Live.

"Three years ago, Dr. Tarter stood on the TED stage and asked us all to unite in the search for life on other planets," Amy Novogratz director TED Prize added.

"The TED community responded by dreaming big and working hard - with many milestones to show for it. This landmark step empowers people around the globe to meaningfully contribute to this important scientific endeavor and work towards answering the ultimate question, 'are we alone?'"

"Galaxy Zoo is a gold standard in terms of developing citizen science projects that actually allow people to do meaningful work in a science project. I think there's a lot of value in that," Tarter stated.

SETI Live is also joining hands with the Science Channel to publicize this innovative initiative.

Scientists related to the SETI Institute in Mountain View, Calif., have been looking for extraterrestrial civilizations since the 1960s, but have yet to find a signal. Recently, the search has become more targeted now that astronomers have founded more than 700 alien planets orbiting other stars.

Finally, the researchers are positive that we are not alone in universe.

"It could well be a long search. It's a big cosmos out there," Tarter said.