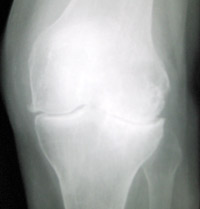 In a new development in the treatment of osteoarthritis, American doctors have found out that antidepressants can play an important role in relieving painful conditions like osteoarthritis and may lead to fewer side effects than conventionally prescribed drug regimes that include anti-inflammatories and opioids.

The findings were made after a study in which Leslie Citrome and Amy Weiss-Citrome at New York Medical College, Valhalla, New York, USA, examined the latest clinical evidence on duloxetine, a well- known antidepressant that attained US Food and Drug Administration (FDA) nod in 2010 for use in chronic musculoskeletal pain that include osteoarthritis.

"It is not uncommon to treat osteoarthritis with a combination of drugs that work in different ways," Dr Leslie Citrome, Clinical Professor of Psychiatry and Behavioural Sciences stated.

"Our review supports this approach and confirms that antidepressants are not just for depression and can play a key role in relieving this painful condition," she explained.

The researchers observed studies conducted on the effects of duloxetine being used on its own or in tandem with non-steroidal anti-inflammatory drugs (NSAIDs).

The study comprised the two randomised double-blind, placebo controlled clinical trials that became the basis of FDA approval for duloxetine for the treatment of chronic pain related to osteoarthritis.

The results of Study were examined using number needed to treat (NNT) and number needed to harm (NNH). These enumerate the number of patients need to be treated with one intervention versus another before handling one additional patient who experiences a desired outcome (NNT) or undesired disadvantage, such as a side effect (NNH). A smaller number points towards greater advantages for NNT and greater disadvantages for NNH.

"Applying these simple methods to often complex research gives us a real indication of whether a drug will benefit or harm our patients, which is what we as clinicians are most interested in,"Dr Citrome stated.

The scientist also compared duloxetine with a placebo tablet without any active ingredients, using data from the two FDA approval studies and found that the NNT was six.

This observation indicates that six patients would need to be administered with duloxetine instead of receiving the placebo before encountering one additional patient feeling an improvement in pain using a composite measure that brings together a number of indicators of efficiency. Such a low NNT provides a convincing boost to this treatment approach.

According to the researchers this finding, over 13 weeks, compared favorably with other studies of NSAIDs. And they found out that the NNT was five for etodolac after four weeks and four for tenoxicam after eight weeks.

The researchers also took into the account the side effects of the various drugs and observed that when duloxetine was used on its own for 13 weeks it showed a number of advantages over NSAIDs, which can lead to gastrointestinal bleeding, and opiates such as morphine that could be a cause of constipation.

The researchers found that the most common side effects of duloxetine - nausea, fatigue and constipation - were small in comparison to the placebo, resulting in NNHs of 16, 17 and 19 respectively. This indicates that 16 patients would require to be treated with duloxetine instead of receiving the placebo before encountering an additional patient feeling nausea.

The studies used to receive FDA approval also indicated that pain alleviation using duloxetine on its own was not dependent on an improvement in symptoms of depression.

"Although the use of duloxetine as a monotherapy for pain has been approved by the regulatory agencies, it is quite common for patients to receive a combination of drugs and NSAIDs are the most frequently prescribed drugs for the pain associated with osteoarthritis," co-author Dr Amy Weiss-Citrome, a specialist in Physical Medicine and Rehabilitation has been quoted as saying.

The team of researchers also studied the findings of a recent study that showed the potential synergy of duloxetine and NSAIDs.

The researchers conducted a ten-week double-blind trial on 524 patients with osteoarthritis of the knee and arrived at the conclusion that those who were administered with combination of duloxetine and NSAIDs reported greater pain relief than the control group who took a NSAID with a placebo.

The NNT for the result of significant relief in pain with combination treatment versus NSAIDs alone was six, which marks the advantage of this approach.

"We believe that our analysis of these studies demonstrate that clinicians managing patients suffering from osteoarthritis should also consider prescribing adjunctive antidepressants that can effectively impact on central pain pathways" Dr Leslie Citrome has been quoted as saying..

The findings of this research have been published in the International Journal of Clinical Practice.