Apple is working on products that will blow your mind, says CEO 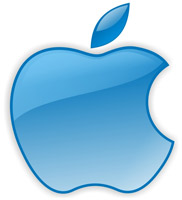 "You can be assured we are working as hard as ever this year to deliver an incredible year and some products that will blow your mind," CBS News has quoted Cook saying.

During his address to shareholders for the first time since he took charges as CEO from Steve Jobs in August, Cook spoke on Apple’s relationship with Facebook in brief, say Forbes.

"We do a lot with them. It's 'not like there's a significant overlap in what we do. I've always thought the two companies could do more together'," Cook added.

During his address the CEO of this tech giant also approved that the firm has more money 'than they require to run the company', but didn't give detail of what company would do with its large amount of cash.<

"I'd be the first to admit we have more cash than we need to run the daily business," Cook added.

"So, we're actively discussing it. I only ask for a bit of patience, so we can do it in a way that's best for the shareholders," he was quoted as saying.