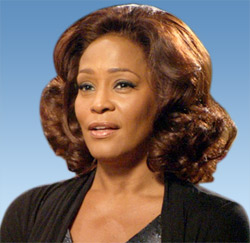 Mariah Carey has paid a moving tribute to her late friend Whitney Houston by placing a compilation of their performances together on her official YouTube page.

Mariah Carey and Whitney Houston had worked together to record 'When You Believe' for 1998 movie 'The Prince of Egypt’; this track won Best Original Song at the Academy Awards.

These two singers remained friends over the years. On hearing the death of Whitney Houston, Carey cancelled an appearance on U.S. TV earlier this month.

To commemorate Houston this 41-year-old singer has shared her memories of Houston in a new video of clips posted on her official YouTube.com page, says the Daily Express reports.

"RememberingWhitney... Whitney, my friend, I love you, I miss you. Your legend lives on forever," she said in her recent tweet.