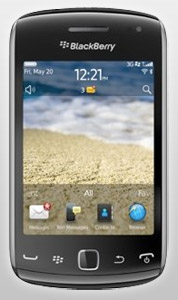 BlackBerry Curve 9380 is an entry-level smart phone as claimed by RIM (Research In Motion). It's the first touch-pad phone of RIM in the Curve series. Though the design is slick and beautiful, it lacks in few basic features. Blackberry got away with fewer features in the package just by claiming that it is light in pocket.

Here is the review of BlackBerry Curve 9380.

BlackBerry Curve 9380 works on BlackBerry operating system 7.0. It is powered by a 806 MHz processor. The cost effectiveness would have been much appreciated had no compromises been made on the processor's quality. It has a TFT capacitive touch screen display with an Optical track pad. The main magnetism as said before is the slick look as it comes with a dimension of 109 x 60 x 11.2 mm and weighs just 98 g. Optical track pad works quiet well.

It has a 512 MB internal RAM and a 512 MB internal storage, which is quite low by the current standards. However, storage memory can be extended up to 32 GB with an external Micro SD card slot but BlackBerry could have done with 1GB internal memory. The front camera is of 5 MP with LED flashlight, which gives good quality pictures. The camera comes with the facility of Geo-tagging, face detection and image stabilization. Though it falls behind when it comes to video recording, as the camera has a VGA video recorder.