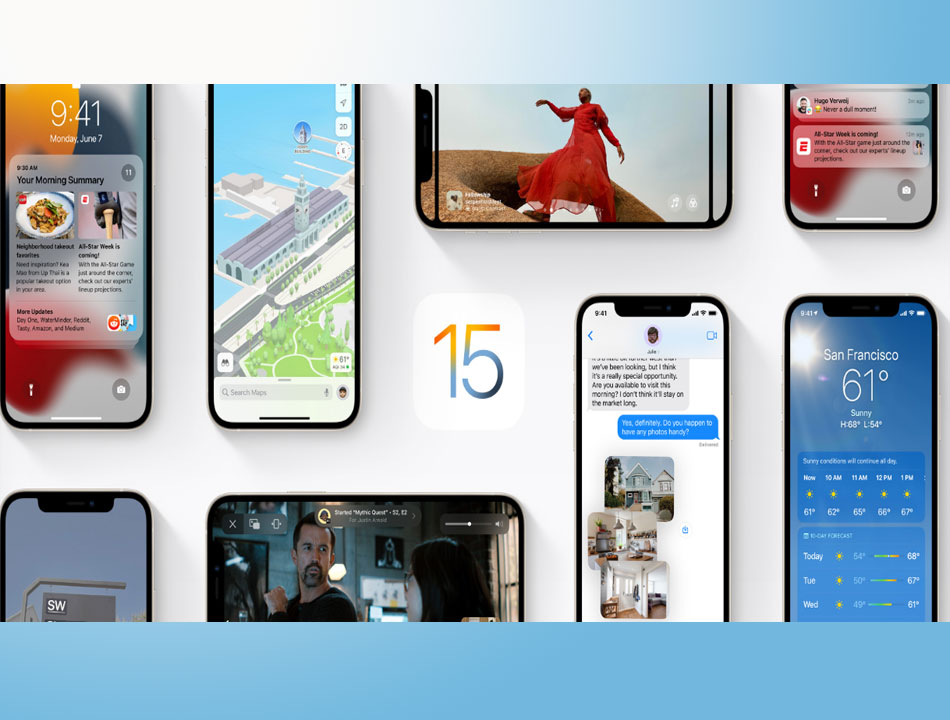 Ahead of the iPhone 13 launch event, scheduled on the 14th of September, Apple has been teasing its users with features from the new iOS 15 through the notifications of the Tips App.

Tapping on the notification of the app will take the user through a brief tour of the big highlight features of the new OS, which include, Focus mode, Live Text in Photos, Voice Isolation, new Shared With You section in apps, Safari Tab Groups, notification summaries, system-wide translation, AR-based walking directions in Apple Maps, and more.

The Tips app sends notifications to the users who have the app pre-installed, which reads  “See what's coming in ‌iOS 15‌. Learn about new features that will help you stay connected and find focus.”, which when clicked gives the user a short tour of the iOS 15.

The features of the iOS 15 have also gone live on the Tips App’s collection centre, like a similar preview of the iOS 14, which was released last September.

The new iOS 15 features a voice isolation feature that eliminates background noise during FaceTime and ensures that speech is heard clearly. The new Shared with You section in apps, which comes with the upgrade will let a user find photos, music, websites, and other content that is sent to someone by others. Focus mode will mute notifications that users can choose, which can be useful during working, exercising or when a user doesn't want any distractions.  The AR-based street direction feature in Apple Maps will also be made available, however for select cities only.

The new iPhone is supposed to release on September 14th along with the Apple Watch Series 7, as Apple gets back on its pre-pandemic track of September releases, which was derailed last year when the Pandemic hit the world globally and business came to a halt.

Like last year, the new operating system might also be rolled out for iPhone users a day after the release of the new iPhone. So one can expect it to launch on the 15th of September.

Although the iOS 15 is supposed to be some exciting new features, Apple has held back some features that were initially showcased in their worldwide developer conference, WWDC. Features like share play, legacy contacts, App privacy reports, features to store ID information on the wallet app, and custom i-cloud email domains, will not be part of the release this month. However one can expect these features to join the list of features on iOS 15 on later updates for the iOS 15 like it has in the past.

Another feature, which the company was supposed to launch as part of the feature of iOS 15, the CSAM scanning feature, which allowed the company to scan photos of a user on iCloud, to check for child sexual abuse material, has also been rolled back after the company faced major criticism, on the concerns of privacy. Apple in a recent statement said that they would rework the new feature, and would not release it until it has further enhanced the new safety feature.